Grande Cache is located at the foothills of Canadian Rockies, in the province of Alberta. In this post we will cover the best things to do in Grande Cache, plus a weekend itinerary suggestion.

Best things to do in Grande Cache

Grande Cache Itinerary for the weekend

Grande Cache is a hamlet located in west-central Alberta. It is located on Highway 40 approximately 145 kilometres northwest of Hinton and 435 kilometres west of Edmonton.

Here is how you can spend 2 days road tripping from Edmonton to Grande Cache and back!

Start for Grande Cache from Edmonton, the capital city of Alberta, preferably in the morning. Grande Cache is well connected via road from all major cities in the province. The road trip from Edmonton to Grande Cache took us about 6.50 hours, with stops on the way. Straight driving between 2 places is 4.50 hours.

We decided to travel via Hinton and Jasper (which is about 4 hours), with a lunch rest stop at Jasper town. We had lunch at this awesome Greek restaurant called,“Something Else”. Very cozy place with a great menu line-up.

While traveling from Jasper to Grande Cache, we took Route 40. Along this way, we came across Highway to Alaska – considered as one of the most scenic routes to the States. (The Highway to Alaska connects the United States to Alaska across Canada.

It begins at the junction with several Canadian highways in Dawson Creek, British Columbia, and runs to Delta Junction, Alaska, via Whitehorse, Yukon. It was constructed during World War II.)

So we reached Grande Cache in the evening. A day of winding, steep roads, yet very scenic and beautiful.

Where we stayed: Not very many options here. However, we picked a great spot – Days Hotel. The hotel property was clean and very affordable. They had large rooms with fire-places.

Start with breakfast at this cute little place named Noelle Cafe. This is located opposite to the Days Hotel Mall area (by the Legion). The mall area also has other places to eat and shop.

After a heavy brunch, head to a park nearby called Labyrinth Park.

After the Labyrinth Park, leave for Sulphur Gates. On your way out stop by the Tourism office at the town entrance and enjoy their free museum exhibition.

At the Sulphur Gates, spend a couple of hours before returning to Edmonton.

On the way back to Edmonton, take the route back via Hinton. Stop by the William A. Switzer Provincial Park.  Relax, take pictures, and enjoy a stroll at Kelly’s BathTub.

The Grande Cache Tourism Information Centre has the highest rating for “most places to visit” in town on TripAdvisor.ca at the time of visit in 2016, and so we were curious to visit.

After the visit, we were really impressed and now know why they were rated so highly. The site has a free museum with tons of informative details about the hamlet, and its heritage. Everything inside the center and in their complex was in great condition.

The locals started this center and now the provincial government provides funding. The staff was very informative and friendly.

Did you know? Grande Cache got its name from a Hudson’s Bay Company fur trader named Ignace Giasson who cached a large supply of fur in the area during one of the winters between 1818 and 1821.

Stop by the Interpretive center to learn more, and photograph the logs and various cabin structures!

Known as the walking meditation park, the Labyrinth Park is a beautiful spot with 360-degree mountain views to soothe your mind and take you on a tranquil journey!

Labyrinth Park is located at the end of 104th Street, to the right of Fireman’s Pit Road in Grande Cache. This place is great for photography.

View from the park is brilliant and mesmerizing. People visit this place for soul searching. The park has messages written on a few stones surrounding the park.

You can easily spend 45 minutes to an hour here – soaking in the views, strolling or going on a short hike.

Located in the heart of Grande Cache, Alberta, Acorn Plaza Mall is a popular, one-stop shop for local shoppers. It has everything you need for your stay in the city, from multi-cuisine restaurants to retail therapy and gas stations.

There are many beaches located near Grande Cache, but the Grande Cache beach is the closest. It is a natural beach, and you can boat here, and soak up some sun!

The Sulphur Gates are a natural phenomenon formed at the confluence of Sulphur and Smoky Lakes in Alberta.

It is great for camping. The campground is located in Sulphur Gates Provincial Recreation Area, which is 5 km north and 7 km west of Grande Cache.

The site also includes 2 equestrian campsites with corrals, and 2 equestrian day-use sites. From the parking lot at the campground, there is a short trail that leads to a lookout platform with spectacular views of the Sulphur River canyon and the Smoky River.

If you are visiting during winter or crossover months, ensure you have winter tires on.

Get hiking, soak in mountain views

Grande Cache is known to have the ‘passport to the peaks’. Most travelers to Grande Cache enjoy a day or days hiking and soaking in the views of the stunning mountains.

Choose from easy, moderate to difficulty level hikes via the Passport to the Peaks program.

READ: Amazing hikes to do in Banff National Park

Grande Cache is home to the best whitewater rafting in Alberta. It is affordable, and you get to enjoy the true rugged beauty of the mountains and waves.

The Canadian Death Race – Every Year in August

It includes three mountain summits, one major river crossing, and 17,000 feet of elevation change. The race has been held annually on the August long weekend since the year 2000.

In 2010 The North Face became the title sponsor and the race was renamed The North Face Canadian Death Race. Since 2014 it is organized by a non-profit organization known as the Canadian Institute of Extreme Racing.

Racers can compete by themselves or in relay teams of up to five people. This race was started by Dale Tuck, a local marathon runner. In August every year, during the race, the population of town explodes to over 100%.

William A. Switzer Provincial Park is located on both sides of the Bighorn Highway, between Grande Cache and Hinton. This is a perfect stop before returning to Edmonton.

If you have more time on hand, you can enjoy overnight camping and go hiking the next day.

There are campgrounds in the provincial park which are maintained on the shores of Gregg Lake, Cache Lake, Blue Lake and Jarvis Lake.

This 63 km path is almost undisturbed and is a great alternative to Banff/Rocky Mountains or other national parks nearby.

We enjoyed our weekend here, it was a wonderful getaway. Very affordable. It’s an unexplored, yet beautiful place. We highly recommend visiting!

Pin: Best things to do in Alberta’s Grande Cache 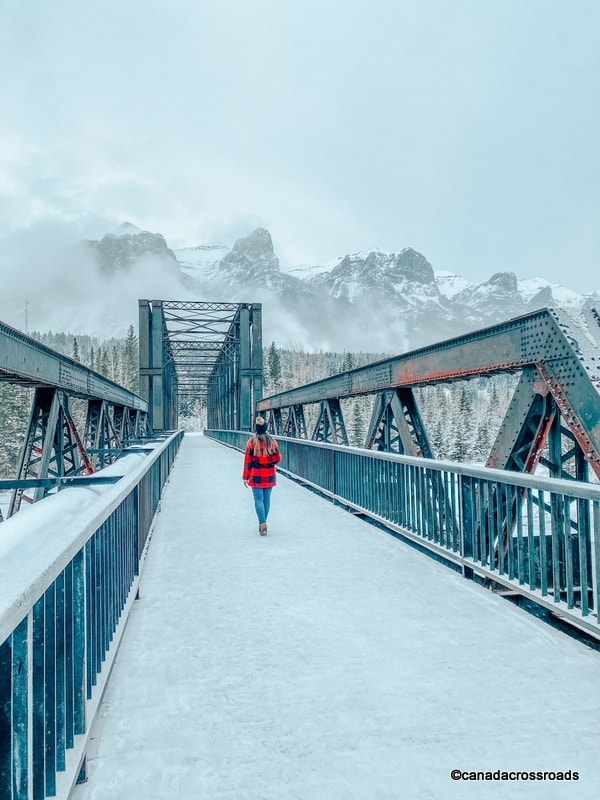 Looking for amazing things to do in Canmore in winter? We got you covered. Canmore is one of our absolute favorite mountain towns in the Canadian Rockies – a place we have been visiting since 2011. It is often overlooked by visitors traveling to Banff, and hence it is less crowded! Canmore Winter Activities: Things… 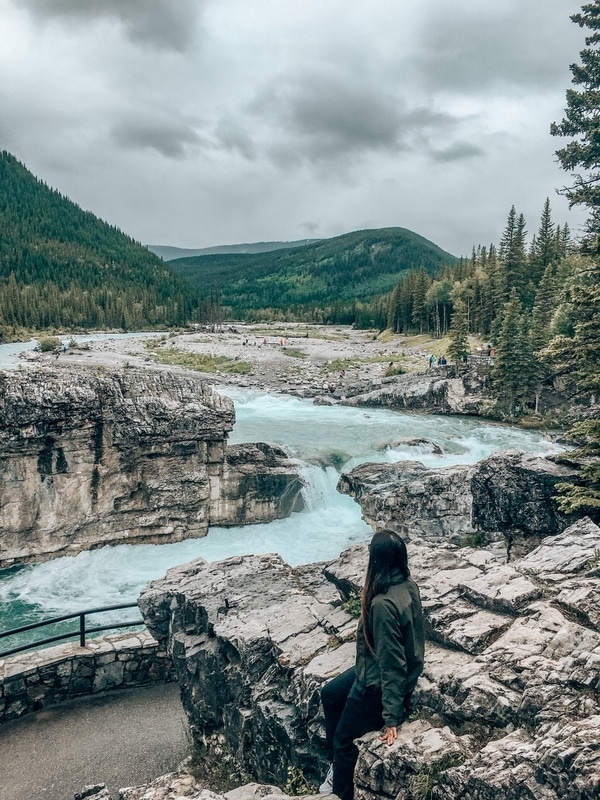 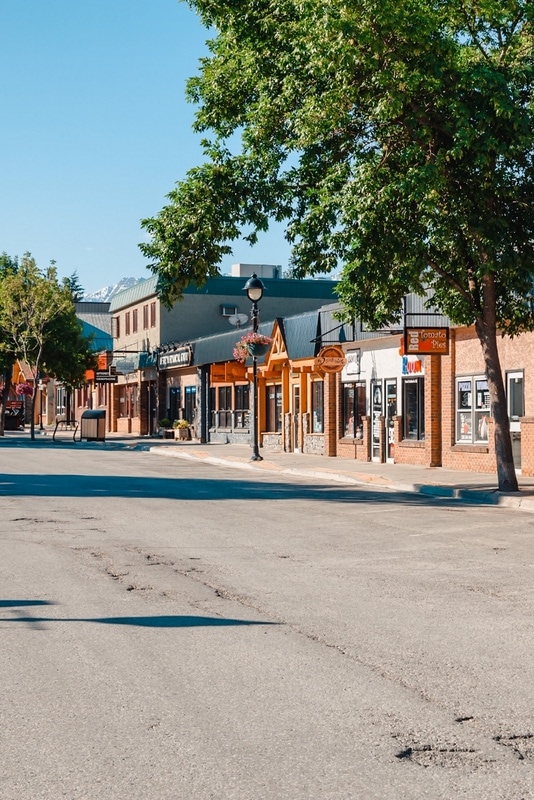 Tucked in between gorgeous mountain resorts, and super scenic views is this little town of Golden. Find out all the epic things to do in Golden BC in summer and winter. As you drive into this gorgeous historic town you’ll get the undeniable feeling that there’s something special about this place. It won’t be long… 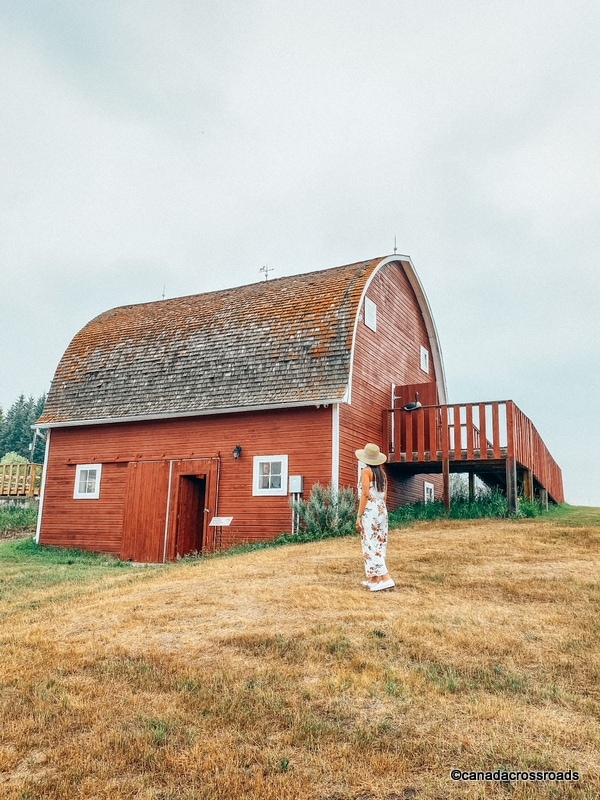 Métis Crossing Smoky Lake is an amazing place to learn about indigenous culture. It is located in Alberta, about an hour and a half away from the capital city of Edmonton.  In this post, we will share our experience at the Métis Crossing Cultural complex, and hopefully, we can inspire you to pay a visit,… 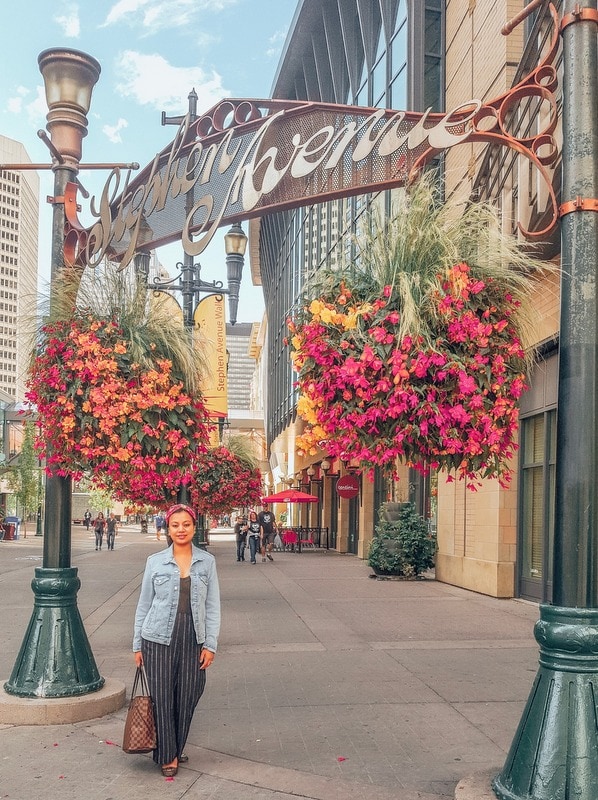 If you are heading to the Canadian Rockies, you might have heard of Calgary. In this post, we will uncover all of the fun things to do in Calgary Canada, that are worth a visit!  Calgary is one of the largest cities located in the province of Alberta. Although Banff National Park pulls thousands of… 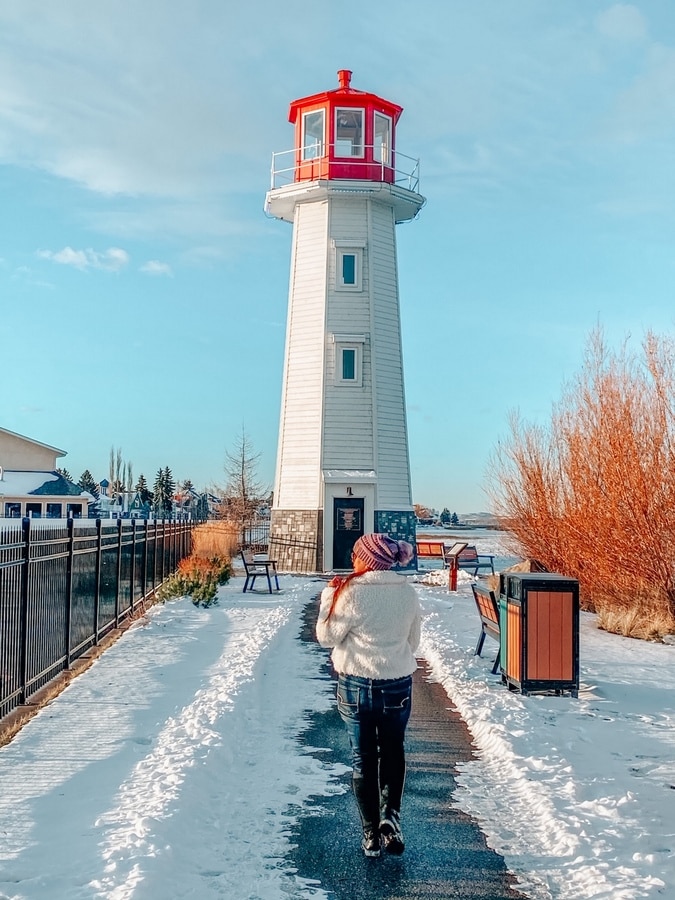 Sylvan Lake is a cute little town located in western Canada. Known for its beaches, and winter celebrations, along with the replica of the famous Peggy’s Cove Lighthouse, you must add this to your list of destinations when visiting Alberta. In this post, we will share the top things to do in Sylvan Lake Alberta… 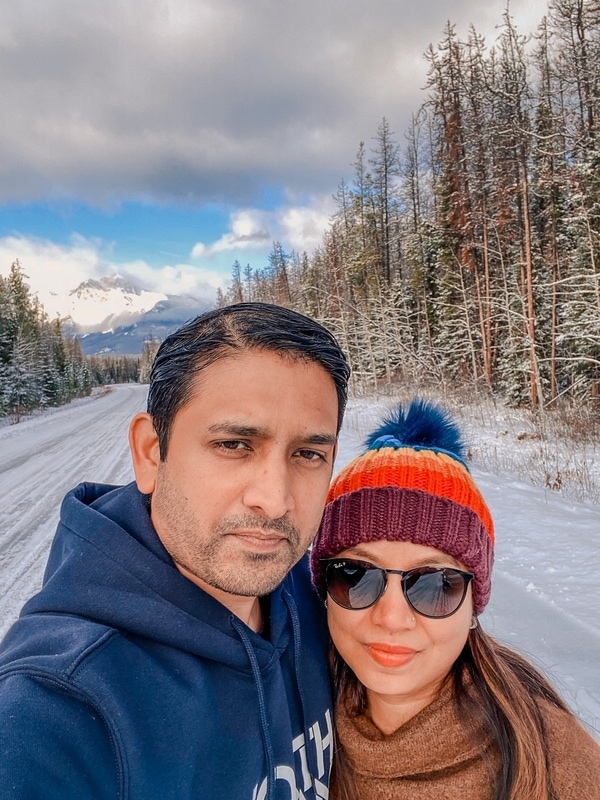